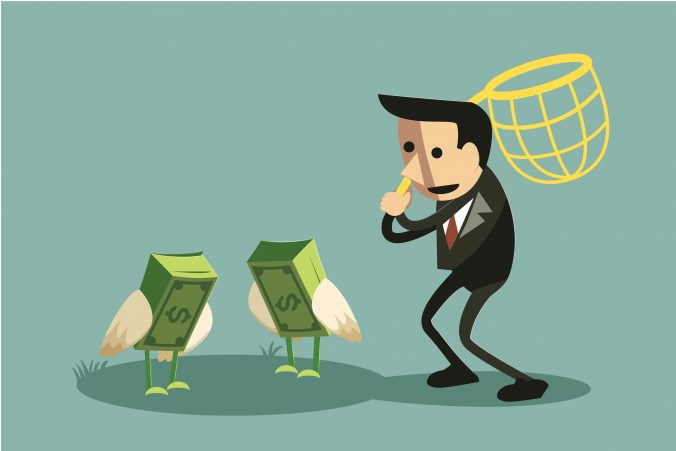 WINGS, a Next-Generation Crowdfunding Community for Projects That Fly

WINGS, a decentralized platform for the creation, participation and management of Decentralized Autonomous Organizations (DAOs), is bringing to the crowdfunded blockchain space a visionary new model that builds community while offering opportunity.

WINGS can be described as mix between DAO, Augur and Kickstarter, allowing project DAO governance, prediction markets for startups potential, and a decentralized crowdfunding platform. More than that, the WINGS team is building an international community in the crypto space where members can build trust while evaluating new projects and funding those they like.

In traditional crowdfunding platforms like Kickstarter or GoFundMe, backers are rewarded with perks – typically early or free access to the product or service developed by the project. In next-generation crowdfunding platforms like WINGS, backers are rewarded with tokens and become stakeholders of a project, involved in decision-making, providing services and entitled to payments for services guaranteed through the DAO’s smart contracts. WINGS will enable project creators to submit proposals to the WINGS platform, and those meeting the approval of the community of WINGS users will be launched for crowdfunding by the community.

A year from now, the WINGS team hope that people will have such trust in its community that the first question asked of a new project is: “Does it have WINGS?”

Whether a new project can fly is evaluated by the WINGS community, by leveraging “swarm intelligence” – the wisdom of the crowd, augmented via prediction markets – to provide risk-assessment and potential evaluation. Projects will be scored by the community according to how realistic they are to achieve, how transparent the teams are, and whether their fundraising and other goals are realistic.

In a recent paper titled “DAOs, Democracy and Governance,” renowned futurist and cryptographer Ralph Merkle argued that DAOs and crowdsourcing could lead to better decision making and even new forms of democracy. “We call this new form of democracy a DAO Democracy,” said Merkle.

The current version of the WINGS white paper describes the platform as “the first project governance and backing social platform of its kind that utilizes novel technologies such as swarm intelligence through decentralized forecasting markets, smart contracts generators, focus on accessibility and community post-funding engagement, flexible governance and participation models, [and] deep learning assisted project evaluation.”

Forecasting markets borrow core concepts from prediction markets – speculative markets created for the purpose of making predictions. The current market price for a prediction ‒ for example the election of a particular candidate ‒ can be interpreted as an aggregate, crowdsourced estimate of the probability of the prediction.

In WINGS, forecasting markets are used to evaluate projects. Members of the WINGS community are asked to predict things like how much funding a project will receive, and whether its scheduled milestones – such as the successful product delivery or marketing campaign launch – will be met. Those who make accurate predictions receive the project tokens, providing the necessary financial and reputational incentive rewards, for taking an active role in project evaluation. Thus the WINGS team places a strong emphasis on the creation of a vibrant global community of committed participants.

With WINGS’ crowdsourced approach to filtering and focusing on quality projects, potential backers can see how a project is rated and valued by the community, and what the estimated chances are of a project achieving its milestones and final goals, which reduces the backers’ need to perform their own evaluation and research. Once submitted to WINGS, new project proposals are evaluated and forecasted by WINGS token holders, discussed, and amended (pivoted) by project creators if appropriate. This solves the “one-shot chance” problem that crowd-funded projects usually have, by enabling the project creator to fine-tune the offering before starting the actual crowdfunding. After the initial assessment, a successful proposal becomes a new DAO with a unique set of DAO smart contracts and digital tokens, and the crowdfunding begins. Once the crowdfunding period is completed, the new DAO starts operating according to the governance model and rules defined by its smart contracts. Besides direct voting, WINGS will support representative governance and “liquid democracy” with flexible delegation.

The WINGS technology stack will include Ethereum, its smart contract programming language Solidity, the RSK (Rootstock) implementation of Ethereum smart contracts asa Bitcoin sidechain, and integrate with a decentralized storage system such as IPFS or Swarm. Users will be able to interact with the WINGS platform not only via conventional web or desktop interfaces, but also via smart chatbots in popular messaging apps including Telegram, Slack, Facebook Chat and WeChat. Eventually, the WINGS team plans to leverage Artificial Intelligence (AI) technology to allow natural language user interaction with the platform.

“No other platform so far has integrated DAO technology or used crowd intelligence based forecast markets to help potential funders and project stakeholders understand whether a project will fail or fly,” WINGS team member Dominik Zynis, in charge of marketing and communications, told Bitcoin Magazine.

WINGS wants to attract not only the backers and project creators, but also and especially those who want to get involved in projects as early adopters and opinion leaders, playing a strong role among their local constituency by providing support for projects, evangelizing, and building their local communities. Zynis noted that the WINGS team gives priority to getting people involved in supporting projects, over getting more people to start projects.

Zynis added that venture capitalists and bankers are interested in using the WINGS platform. “We’ll need to make adjustments to it to enable stock or debt equity, but the power is using a global community to value and evaluate projects,” he said. “So WINGS will enable the next generation of project analysts.”

Interested readers can join WINGS by donating to the backing campaign, which has collected more than 1,500 bitcoins – more than $1.4 million – so far. WINGS is expected to launch in Q1 2017, and a first DAO project has been pre-announced – Stremio AdEx, a transparent ad network and marketplace running on top  of the Bitcoin blockchain via the RSK side-chain and smart contracts.