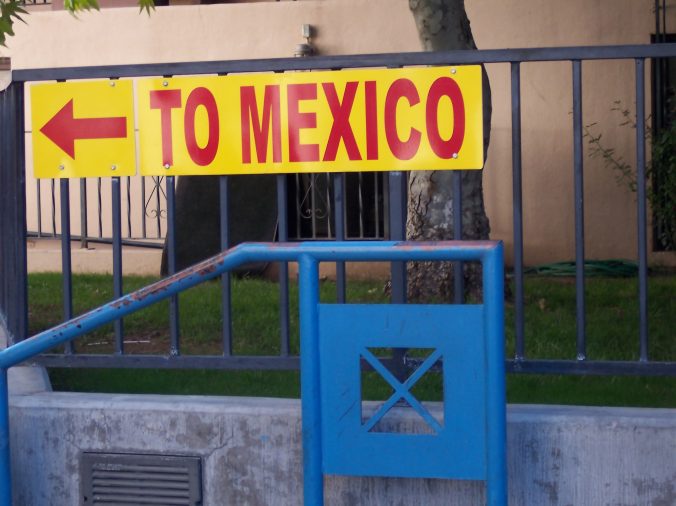 Last week, President Donald Trump signed an executive order to build a wall along the U.S.–Mexico border as he had promised during his presidential election campaign. Aside from the ethical and practical issues of building the border wall, the issue of how it will be financed was also raised by opponents during his campaign. Trump’s proposed solution to funding the wall is either to heavily tax U.S.–Mexico remittances or to fully prohibit them altogether, so that the funds needed to build the wall will stay in the U.S.

According to the World Bank, U.S.–based Mexican immigrants send around $26 billion annually to their families back home in Mexico. Trump’s proposed legislation would hit Mexican families that rely on remittances from their U.S.–based relatives hard. The Mexican economy would also suffer as the multibillion-dollar remittance inflow to Mexico adds substantially to the country’s domestic spending.

In light of Trump’s proposed policies to fund the border wall, remittances from the U.S. to Mexico jumped to a ten-year high after Trump’s election win in November in anticipation of possible legislation restricting cross-border money transfers to Mexico. Remittances in the month of November jumped by almost 25 percent compared to the same month the prior year, according to data collated by the Mexican central bank.

Will Bitcoin Be the Answer if New Legislation Is Imposed?

If U.S.–Mexico remittances using traditional channels such as banks or large money transfer operators (MTOs), such as Western Union or MoneyGram, are to be heavily taxed or severely restricted, then bitcoin remittances could offer a solution.

Bitcoin allows users to send and receive money from and to anywhere in the world at a very low cost using online or mobile wallets to make the transfer. Furthermore, legal restrictions on money transfers could easily be circumvented using the digital currency, as no paperwork needs to be filed when sending money abroad. That way, both documented and undocumented Mexican immigrants would still be able to send money back home without any restrictions, should the new laws be put in place.

Alternatively to bitcoin, anonymous digital currencies such as DASH, Monero or Zcash could also be used to make cross-border money transfers, should Trump decide to go through with his legislation and attempt to crack down on bitcoin remittances.

The main reason bitcoin hasn’t taken any notable market share of the $500 billion global remittance market is the challenge of transferring fiat currency into bitcoin and then bitcoin back into fiat currency without having to pay too much in bid/offer spread costs. Illiquid local exchanges in developing countries can easily hike up the cost of the remittance to the extent that it would make more sense to use traditional money transfer solutions.

Fortunately, for Mexican bitcoin users, there are several exchanges to choose from when needing to convert bitcoin into pesos or vice versa. Mexico’s main bitcoin exchanges include Bitso, Volabit and LocalBitcoins.

Given the liquidity of both U.S-based, Mexico-based and international exchanges that residents of the two nations have access to, the costs of converting bitcoin to and from fiat currency are reasonable low, making bitcoin remittances from the U.S. to Mexico a viable solution should Trump’s remittance restrictions be enforced. Furthermore, there are bitcoin remittance companies such as Abra and Cashaa that aim to make cashing out bitcoins in local fiat currency easier.

In terms of bitcoin regulation, Mexico has taken a stance similar to many of its international peers. In April 2014, Mexico’s National Commission for the Protection and Defense of Users of Financial Services issued a warning on the risks of using bitcoin stating that it is not legal tender and not regulated by the Mexican authorities. Therefore, the commission warned, “any individual or business that uses or accepts virtual currencies as a means of payment does so at their own risk and on their own responsibility because the use of this type of asset entails high volatility and potential monetary losses.” In other words, bitcoin is not illegal but the commission warns against its use due to the risks involved in dealing in the digital currency.

Not surprisingly, following Trump’s election win in November, bitcoin trading volumes in Mexico on global peer-to-peer exchange LocalBitcoins and on the country’s leading bitcoin exchange, Bitso, increased substantially as Mexican bitcoin users moved funds away from the weakening peso and into a better-performing currency.

Should Trump succeed in imposing strict remittance restrictions from the U.S. to Mexico, this could become the first case study of bitcoin remittance succeeding and actually become a viable means to make cross-border payments.