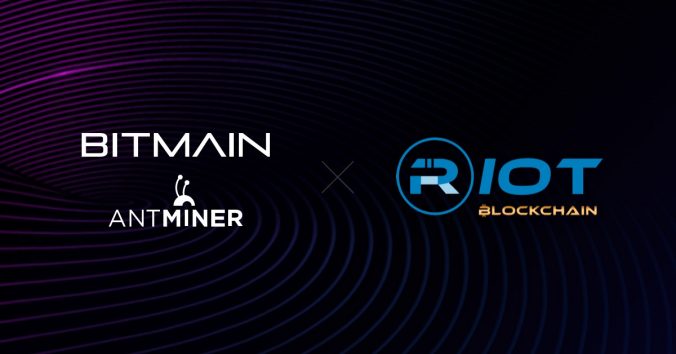 Once the new miners are deployed, Riot Blockchain will nearly double its total hash rate to 7.7 EH/s

Hong Kong, April. 08, 2021 – Bitmain – the world’s leading producer of cryptocurrency mining hardware today announces a new purchase deal of 42,000 Antminer S19j miners with Riot Blockchain, Inc. (“Riot Blockchain” or “Riot”), a Nasdaq-listed cryptocurrency mining company.  A minimum of 3,500 Antminer S19j ASIC miners are scheduled to be delivered monthly to Riot starting in November 2021, and the rest are planned for receipt and deployment through October 2022.

The new $138.5 million purchase represents a robust strategic plan and a growth milestone for Riot to increase its bitcoin mining hash rate. Once the new miners are fully deployed, Riot is predicted to gain a significant hash rate growth to 7.7 EH/s, which nearly doubles the company’s previously estimated mining rate capacity of 4.0 EH/s by October 2021.

“We are excited for our long-term cooperation with Riot as they continue to solidify their growth and position as one of the global leading companies in Bitcoin mining. This growing partnership is also a strong proof of our S19j. The model has inherited Antminer S19 series’ remarkable hash rate and industry-leading manufacturing quality with excellent power efficiency. The new order of Bitmain’s next-gen Antminers will undoubtedly assure the rapid growth and the long-term investment of Riot’s mining operations”, said Irene Gao, Antminer Sales Director of NCSA Region, Bitmain.

“This long-term purchase order marks a major milestone in the continued expansion of Riot’s mining operations,” said Megan Brooks, COO of Riot. “Our existing fleet of miners has already positioned us as a public-company leader in Bitcoin mining. By nearly doubling our planned hash rate capacity, we are taking a great stride in growing our share of the global hash rate distribution. We are proud of this accomplishment and remain focused on continuing to evaluate additional opportunities in the space.”