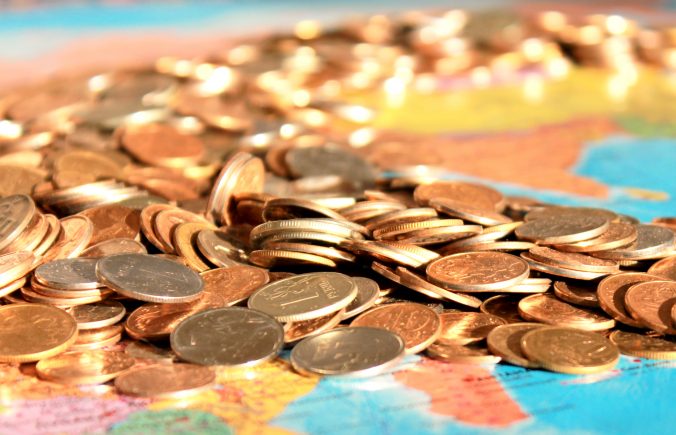 On August 11, 2016, the World Economic Forum (WEF) released a 300-page report entitled “The future of financial infrastructure: An ambitious look at how blockchain can reshape financial services,” exploring how the financial sector “could overcome current-state pain points through distributed ledger technology (DLT).”

A year later, World Economic Forum repeated that “virtual currencies and their underlying technologies can provide faster and cheaper financial services and can become a powerful tool for deepening financial inclusion in the developing world.”

In this latest report, the WEF concluded that blockchain technology could have impressive ramifications but would need the collaboration of government and technological experts to succeed.

It took a year for the World Economic Forum (WEF) to research how blockchain technology could help nine financial sectors, which included global payment and foreign trading. More than 200 innovators, subject matter experts and executives from prominent institutions, such as JPMorgan Chase, Visa and MasterCard, contributed their opinions. The results was assembled in this latest report. These are some ifs most significant conclusions:

Blockchain helps by being transparent and effective

The blockchain ledger can be proven enormously useful to banks and financial institutions by providing them with an unprecedented layer of transparency and trust. The operational transparency of DLT will cut down, if not eliminate, the number of disputes, minimize frauds and ensure that obligations and settlements are met. The ledger could also give companies a more secure, effective way of moving money and tracking transactions. Regulators could employ real-time monitoring of transactions, while operations could better source liquidity of assets and move money between accounts.

Blockchain merges with other transformative technologies

“Distributed ledger technology will form the foundation of next generation financial services infrastructure in conjunction with other existing and emerging technologies” (p.20)

Over the last 50 years, a number of emerging technologies have merged to transform the financial services industry of the future. These include biometrics, cloud computing, cognitive computing, quantum analytics, predictive analytics and robotics. Distributed ledger technology is one of these but the WEF cautions that blockchain should be seen as “part of the toolbox” rather than a panacea. Each industry, too, would use DLT in its own ways and for its own means, so for instance, the trading sector will likely use the ledger for real-time tracking and efficacy while payers that deal with global payments will use DLT for, among other reasons, preventing friction.

“Similar to technological advances in the past, new financial services infrastructure will transform and question traditional orthodoxies in today’s business models” (p.24)

Blockchain upends all aspects of the traditional financial services sector from standard accounting habits to lending practices. Blockchain provides its own distributed, transparent record-keeping, leverages real-time trust among market participants and balances the information flow between lenders and borrowers. It also boosts dispute resolution since it provides regulators and regulated entities with a common transparent ledger. Finally, DLT reduces the need for intermediaries because of its shared and trusted environment.

The World Economic Forum cautions that “updating financial infrastructure through DLT will require significant time and investment.” The three imperatives are: Resolving security issues, aligning competing interests and imposing a legal, regulatory and governance framework. This sounds easier than stated since divergent company interests are involved. If, and once achieved, this would provide DLT with a standardized system and superior efficacy that would boost the financial success of all nine sectors.

To date, more than 24 countries and 90 corporations use blockchain technology with many more expressing interest. The WEF notes that large banks around the world, including more than 90 central banks, have developed blockchain groups that hail its potential impact and study how to harness its technology. In fact, the report predicted that a full 80% of these banks could launch their own blockchains by 2017. Blockchain technology has “captured the imagination and wallets of the financial services ecosystem” but the WEF concluded that DLT has to resolve critical issues moving forward. These include: How to develop a roadmap to achieve market collaboration and standardized regulation, how to structure a regulated tax framework and how to implement a cost-benefit analysis to determine the financial viability of distributed ledger technology.