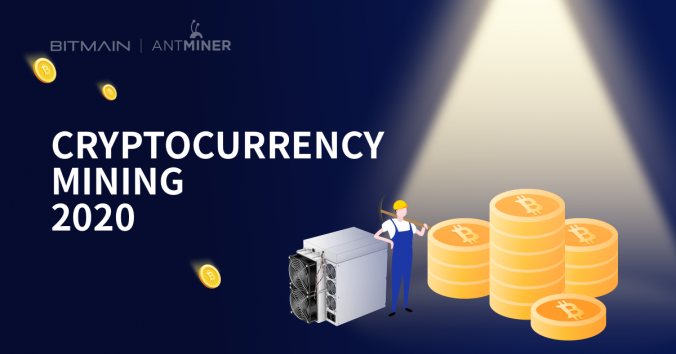 The Status of the Bitcoin Mining Industry

In recent years, Bitcoin mining developed from the participation of a few geeks and programmers to a hot investment target with a current market cap of $175 billion.

Through fluctuations in both the bull market and bear market activities, many traditional entrepreneurs and fund management companies continue to play a key role in the mining industry today. Fund management companies no longer use traditional models to measure mining. In addition to introducing more economic models to measure returns, they have also introduced financial instruments such as futures and quantitative hedging to reduce risks and increase returns.

Industry integration saw companies like Bitmain expand their business to integrate other services. Exchanges began to establish mining pools, and mining pools began to develop wallets. All of these are a result of the bear market as companies could not only offer more but now had the demand to take more on.

The Price of Mining Hardware

For many miners who have entered or who are considering entering the mining market, the pricing of mining hardware is of key interest.

It is commonly known that the price of mining hardware can be divided into two categories: factory price and circulating price. Many factors dictate these pricing structures with the fluctuating value of Bitcoin, a key factor in both the new and second-hand hardware markets.

The actual circulation value of mining hardware is affected not only by the quality, age, condition, and warranty period of the machine but by fluctuations in the digital currency market. When the price of a digital currency rises sharply in a bull market, it can cause a short supply of miners and generate a premium for hardware.

This premium is often proportionally higher than the increase in the value of the digital currency itself, leading many miners to directly invest in mining instead of cryptocurrencies.

At the moment, there are excellent opportunities for investors to enter the market and own Antminer hardware based upon several key factors.

In the lead up to the recent Bitcoin halving, many established miners and institutional investors held a ‘wait-and-see’ attitude on the effects on currency prices as well as the total computing power of the network. Since the halving occurred on May 11, 2020, the total monthly network computing power fell from 110E to 90E, however, the value of Bitcoin has enjoyed a slow rise in value, remaining relatively stable and free from the anticipated sharp fluctuations.

Since this halving, those who have purchased new mining hardware can expect an appreciation of both the machine and Bitcoin over the next years until the next halving. As we move into this new cycle, revenue generated by Bitcoin will stabilize and profits will likely remain constant throughout this period.

At present, China’s mining scale accounts for 65% of the world’s total, while the remaining 35% is distributed from North America, Europe, and the rest of the world.

USA: Missoula County Committee of Montana has added green regulations for digital asset mining. The regulations require that miners can only be arranged in light and heavy industrial areas. After review and approval, the mining rights of the miners can be extended to April 3, 2021.

Canada: Continues to take measures to support the development of digital asset mining business in Canada. Quebec Hydro has agreed to reserve one-fifth of its electricity (about 300 megawatts) for miners.

China: The advent of the annual flood season in the Sichuan province in China ushered in a period of significantly lower electricity costs for mining hardware, which can accelerate more mining taking place. As the flood season reduces costs and increases profits, it is expected to see a reduction of Bitcoin liquidation, which would also stimulate the rise in currency prices.

For individual miners, Bitmain recommends a machine with a relatively low power consumption ratio represented by T17+ and S17e. This miner is currently the mainstream model in the market. Compared with the latest models, the price is lower, the return period is shorter. When cryptocurrency price rises, the volatility of mining hardware to electricity prices will decrease, and this advantage will gradually widen, bringing more benefits to investors.

For customers who value mid to long-term returns, it is especially important to choose a machine with extremely low power consumption and stable operation. The Antminer T19, S19, and S19 Pro are selections tailored for this type of investment. A notable highlight is the current chip technology equipped in the 19 series is the most advanced technology at present. With the total production capacity of mining hardware manufacturers today being limited and the existence of Moore’s Law leads to an increasing physical iteration cycle of the chip, which in theory will lead to an increased lifecycle available to new hardware.

CBDCs: The Second Coming of Bitcoin