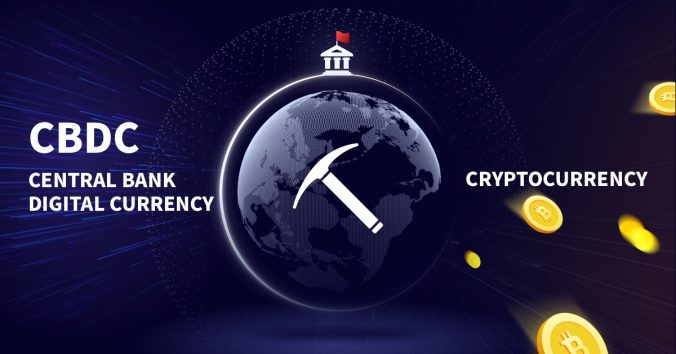 CBDCs: The Second Coming of Bitcoin

There has certainly been a lot of hype around Central Bank Digital Currencies (CBDCs). Among its notable proponents is China, who earlier this year introduced a homegrown digital currency across four cities as part of a pilot program, marking a milestone on the path toward the first electronic payment system by a major central bank. This was followed by one of the oldest banks in the world, the Bank of England, who signaled it would consider pursuing a CBDC.

So, does the trend for CBDCs pose a threat to established cryptocurrencies such as Bitcoin? And what might the future hold? To begin answering this question, we must first understand its modern-day limitations.

Since the Bank of England’s foundation in 1694, the bank issued notes promising to pay the bearer a sum of money. For much of its history, it was entirely possible to take a Pound note to the bank and exchange it for gold, a scarce commodity with little physical utility. The gold provided the banknote with intrinsic value.

However, this link was broken by the British in 1931, and by the Americans in 1933 for its citizens. Today, the strength and dominance of fiat currency are based on nothing more than faith. Let’s take the USD, which since Bretton Woods, has rightly or wrongly, underpinned the modern financial system. It has value because we have faith in the United States’ economic and military strength, willingness to recover debts, and thus its ability to come good on its treasury bills.

As for Bitcoin, it has value because it is governed by an algorithm which means only 21 million Bitcoins can ever be mined. Once miners have unlocked all the Bitcoins, the planet’s supply will essentially be tapped out unless the protocol is changed to accommodate a larger supply. Therefore, Bitcoin’s value is intrinsically linked to the algorithm’s guarantee.

When it comes to CBDCs, some commentators warn its proliferation will become a threat to Bitcoin as government-controlled currencies will replace unregulated cryptocurrencies. In reality, this is unlikely and the reason is this.

CBDCs are extensions of fiat currencies. They are subject to the usual rules of fiscal policy and economics. In short, they behave like fiat currencies. Federal regulators can perpetually print digital notes under the guise of quantitative easing, increasing inflation, and reducing purchase power. Changes in public confidence in a government can be enough to make their currency worthless virtually overnight. Just ask any Argentinian.

Bitcoin on the other hand has intrinsic value. Its value is not based on mere faith but a robust deflationary algorithm. This is why the introduction of CBDC’s are unlikely to have an impact on pure cryptocurrencies. However, with the increasing supply and diversity of CBDCs expected, an interesting discussion is what they will need to do with them.

We’re living in a digital era and technology has radically transformed many industries. Look no further than the geopolitical tensions around 5G which are set to unlock the multi-trillion “Industry 4.0”. Yet the current financial system has been slow to transform. Markets are still opening at 8am and shutting up shop around 5pm, in a world where global 24/7 markets are entirely possible.

For CBDCs to have true purpose and value beyond its paper equivalent, the financial system will need to be rebuilt to support them. When this happens, to take a religious term will be the second coming of Bitcoin.

If financial institutions are forced to build out the infrastructure to transact and store CBDCs, the same underlying infrastructure could be used to support Bitcoin. In fact, investment banks would cherish this. They are not precious about whether it’s fiat or a shiny metal they are trading. They just want access to a diverse range of asset classes. Also, imagine millions, perhaps billions of people with access to digital wallets, accustomed to digital money with financial services to match. If Bitcoin is supported as part of this revolution, this increases Bitcoin’s utility, and therefore value.

The proliferation of CBDCs will therefore indirectly give Bitcoin a boost, increasing its value and relevance. Expect to see another gold rush wave for enterprising miners, recognizing the opportunity to get ahead of the inevitable. But this time it won’t just be individuals with their ASIC miners or even the farms participating.

So when we begin to see financial system 2.0 come to bear, what would you rather hold? CBDCs or Bitcoin? If the latter, it might be time to ensure your mining hardware and setup is giving you the competitive advantage you need to stay ahead of the curve in this next gold rush.