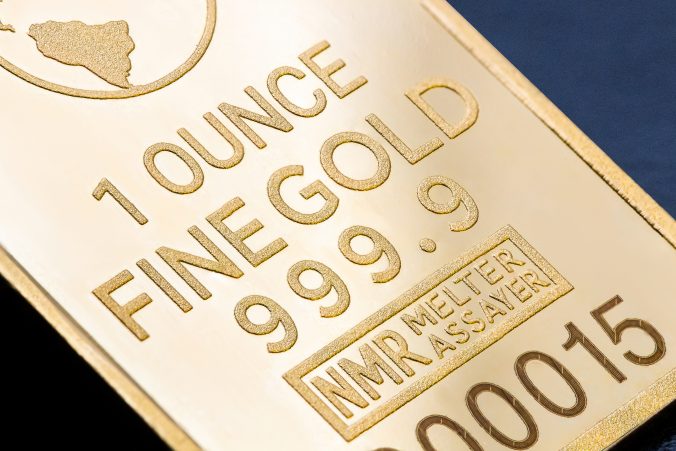 One Bitcoin Just Became Worth More Than One Ounce of Gold

One bitcoin has now, at least briefly, been worth more than one ounce of gold, hitting $1239.9 at the bitcoin exchange Bitstamp, while an ounce of gold was priced at $1238.67.

The last time a single bitcoin might have been worth more than an ounce of gold happened in November 2013, more than three years ago. Having taken place based on Mt. Gox pricing models, possibly manipulated due to internal Mt. Gox trading bot(s), the legitimacy of bitcoin’s first dance with gold parity faces continued scrutiny. Regardless, the price of gold in bitcoin terms is now trading at an all-time low. In April 2011, bitcoin realized parity with the US dollar. It later reached parity with silver (so nicknamed the “devil’s metal” for its ties to populism) at approximately $29.65 per bitcoin on February 19, 2013.

Gold demand stoked by Negative Interest Rate Policies (NIRP) in Japan led to stalwart demand for the ‘yellow metal’ by July 2017. Gold fell nearly 20% for the remainder of the year.

Bitcoin increased more than 125% over the course of 2016. Fiat crises throughout 2016 in emerging or underdeveloped markets like India, China, Venezuela, and Greece is perceived to have benefited bitcoin more than gold.

In “An Analysis of Bitcoin Exchange Rates,” economist Jacob Smith, who calls bitcoin a “digital counterpart” of gold,  “highlights the similarities between the traditional commodity and its new digital counterpart.” He writes:

The bitcoin and gold markets have long been intertwined. One of the most popular companies early in bitcoin’s existence, Casascius, produced the most expensive physical bitcoin ever produced, one of which sold for $1,000,000 in 2013.

Comprised of one ounce of fine gold (which was worth about one-third the value of 1,000 BTC when produced), Casascius offered the coins at $5,500. An owner of one such rare coin recently used bitcoin’s price rise as an opportunity to share the rarity on Reddit. The redditor explained how it worked:

“I have a confirmation code that proves that my passphrase unlocks an encrypted private key that maps to the bitcoin address on the coin,” the coin holder wrote. “If I ever sell these coins, I will give the passphrase and confirmation code to the buyer. So the only trust is that Mike Caldwell didn’t screw up and not put the correct encrypted private key under the hologram. So far, Mike’s work has been top notch. But of course, would you trust it with $1M if you have that kind of money? That is for you to decide. Do note that I have not funded these with any BTC.” At gold-bitcoin parity, the bitcoin market cap ($18 billion) expressed as a percent of gold in circulation ($7 trillion) is currently at about 0.388%. Bitcoiners see this as evidence of bitcoin’s room for growth.

The last time bitcoin approximated the gold price, however, it marked the top of the bull run in 2013 for the digital currency.

Russian Bank’s VP Says Bitcoin is the Only Successful Blockchain