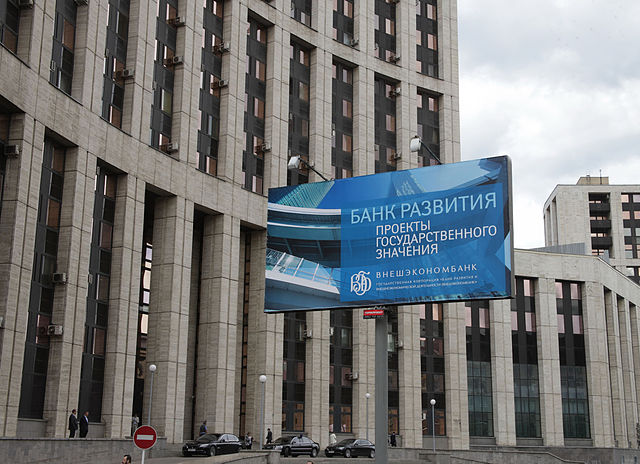 Russian Bank’s VP Says Bitcoin is the Only Successful Blockchain

Over the past couple of months, Russian politicians and banks have been changing their tune when it comes to blockchain technology and cryptocurrency solutions. On February 21 Nikita Smirnov vice president of the state-owned bank Vnesheconombank had some positive things to say about the digital currency bitcoin. In fact, Smirnov believes the Bitcoin network is the only “successful” blockchain technology.

Russia’s relationship with digital currencies has been confusing, to say the least. Over the past few years, a few Russian bureaucrats have perceived bitcoin use as a criminal activity. Moreover, in the past, there have also been website blockades against bitcoin domains such as BTC-e and Localbitcoins. However, it seems politicians and banks are slowly changing their minds towards the country’s relationship with bitcoin. Just recently Russia’s Deputy Finance Minister, Alexey Moiseev told the public that bitcoin was “not a threat,” and Russia’s largest bank Sberbank has also been bolstering blockchain technology.

Now one of Russia’s well-known state banks Vnesheconombank (VEB) vice president has told the regional publication Kommersant that bitcoin has many benefits. Additionally, Nikita Smirnov says that bitcoin has an indisputable network effect.

“Bitcoin is the only blockchain technology in the world that has widespread adoption,” explains Smirnov. “It has existed for several years already, people tried to hack it, but no one has succeeded. So right now, if you ask whether there’s another algorithm, which established itself as a solution to distributed consensus problem, then the answer is probably NO.”

As of the present moment, the only successful solution to that problem is Bitcoin.

Meanwhile, the Russian bank Sberbank has been researching and developing its own enterprise-grade distributed ledger prototype for quite some time. Sberbank CEO Herman Gref believes commercial blockchains will be ready in two years and the company is working with the government on this project. However, according to the VEB vice president bitcoin is really the only successful blockchain today and can be considered a positive bacteria in his opinion.

Bitcoin is kind of a philosophical concept. Compare it to a bacteria, which exists separately from humans, but is in a symbiotic relationship with humans. But the word bacteria has a negative connotation, whereas Bitcoin in many ways is a positive thing, which satisfies many necessities, involves people in the process and allows itself to exists in this way.

Vnesheconombank also works with the Russian government managing state debts and pension funds. The bank, instituted in 1922, has grown significantly over the past few years acting as a progressive “Russian Development Bank.” Smirnov’s opinion may not reflect the bank’s official stance towards bitcoin but may push the bank to research the cryptocurrency further.

“[Bitcoin] truly is a new philosophical concept, which isn’t very well understood quite yet,” Smirnov concluded in his interview.

What do you think about the vice president of Vnesheconombanks statements? Do you agree that Bitcoin is the only successful blockchain implementation? Let us know in the comments below.

Bitcoin in Japan to be a Legal Payment Method Soon

One Bitcoin Just Became Worth More Than One Ounce of Gold